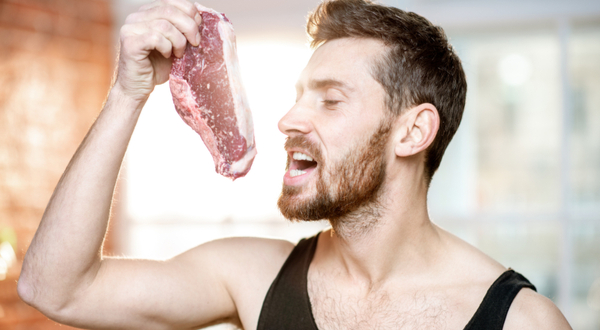 Gasp. A running post! I can’t remember the last time I wrote about running. You know the adage—don’t have anything nice to say, don’t say anything at all. No one wants to read me spewing venom about my slow mile-pace, the dwindling distance of my long-run, the way I feel like I’m suffocating three miles in, so I kept it to myself.

Recently, a recurring thread on my blog has been iron. The iron in my blood, or the lack of it. This deficit has been on-going for fifteen months, although I didn’t learn about my deficiency until March. Until then, I assumed I had long-haul Covid-19, or a heart ailment or a brain tumor, or… Fortunately, a blood test set me straight. Since then, I’ve been wrestling with an internal argument over whether I should give up my vegetarianism. Last week, I bit the bullet—or should I say I bit the beef. I’m now officially a carnivore.

So now I want to brag about yesterday’s run. A fast run, the fastest in more than a year. And brag I will, but not about my pace. About that, I’ll remain vague. Two years ago, I edited two dozen running stories into a book—Bad Ass: My Quest to Become a Back Woods Trail Runner (and other obsessive goals). Ninety-nine cents from Amazon. Most of the stories can be read on this blog for free, but if you ever want to overdose on running stories…

I don’t necessarily endorse this book. I’m proud of the writing, it’s good. And a lot of the stories are funny in a self-deprecating way. But Bad Ass wasn’t written by me. The Jeff Cann who wrote that book is gone. About six months after I published my book, I got an email from a guy named Peter that started like this: I’m about halfway through your Bad Ass book, and I’m not sure I can finish it. Your attitude on pace and disparaging road running is exactly why people like me don’t go to group runs, are terrified to join the trail community, and don’t dare call ourselves runners.

Oops. Can I defend myself? I wrote many of those stories with raging Obsessive-Compulsive Disorder. Despite what you see on television and in the movies, OCD isn’t about organizing your closet. It’s about not being able to control your thoughts. And my thoughts made me judgmental. Of everyone and everything. I judged people who didn’t run but did yoga. I judged people who ran but didn’t do yoga (I did both). I judged people who watched TV, or liked sports, or ate casseroles, or drove SUVs, or cooked on a gas grill. And as Peter suggested, I judged people who ran on roads and not trails as losers. But mostly, I judged myself.

Like most runners in their fifties, my pace was slipping, and I beat myself up mercilessly about it. Those stories that Peter referenced, in many of them I lamented that I could no longer run an x:xx pace. Real runners run x:xx! I didn’t write those stories for Peter, because at the time, I didn’t think Peter was a real runner.

I don’t feel this way anymore. Mental health medication sometimes works, and when it does, it can be life-altering. Now, you’ll never hear from me what I consider a respectable running pace. The point is to run—fast, slow, trails, roads, rain, shine. But for the past fifteen months, it’s all been slow, and it’s been hell. My low iron count left me with no gas in my tank—out of breath and feeling weak. It was hard to even enjoy running.

Running yesterday, my fifth day in a row eating meat, I started out fast. Actually, I always start out fast, but my heartbeat quickly accelerates, and I need to slow down to get it under control. At the half-mile mark, I checked my pace. It was way under my normal pace. Almost a minute per mile under my normal pace. Five miles later, I still crushed it. I felt fast and fit. My best run since I don’t know when.

Is it the meat? Who knows? I won’t check my iron level again for a few more weeks. I worry that I’m building myself up for a let-down. Probably, my next run will feel like a normal run, I’ll suck wind, languish, die a slow death. But wow, that run yesterday felt magical. With luck and meat, I’m hoping for more of the same.

The post Where’s the Beef? appeared first on The Good Men Project.