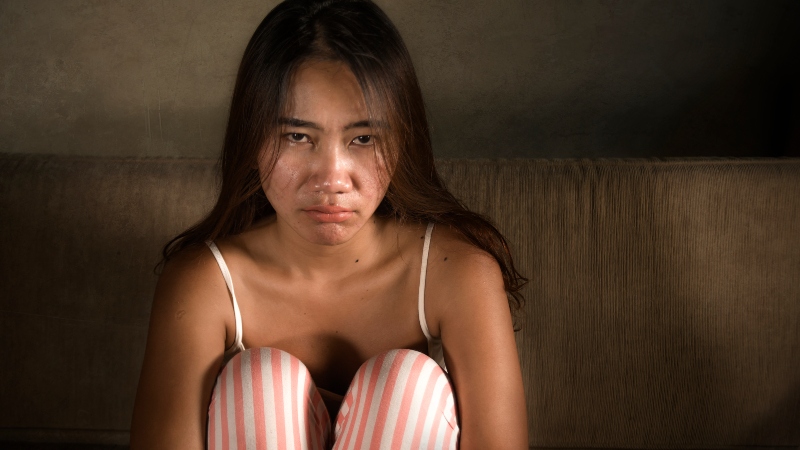 Therapists and other behavioral health care providers cut hours, reduced staffs and turned away patients during the pandemic as more Americans experienced depression symptoms and drug overdoses, according to a new report from the Government Accountability Office.

The report on patient access to behavioral health care during the covid-19 crisis also casts doubt on whether insurers are abiding by federal law requiring parity in insurance coverage, which forbids health plans from passing along more of the bill for mental health care to patients than they would for medical or surgical care.

The GAO’s findings are “the tip of the iceberg” in how Americans with mental, emotional and substance use disorders are treated differently than those with physical conditions, said JoAnn Volk, a research professor at Georgetown University’s Center on Health Insurance Reforms who studies mental health coverage.

The GAO report, shared before publication exclusively with KHN, paints a picture of an already strained behavioral health system struggling after the pandemic struck to meet the treatment needs of millions of Americans with conditions like alcohol use disorder and post-traumatic stress disorder.

Up to 4 in 10 adults on average reported anxiety or depression symptoms during the pandemic, the report showed, compared with about 1 in 10 adults in early 2019.

During the first seven months of the pandemic, there were 36% more emergency room visits for drug overdoses, and 26% more visits for suicide attempts, compared with the same period in 2019.

As the need grew, already spotty access to treatment dwindled, the GAO found: A survey of members of the National Council for Behavioral Health, an organization that represents treatment providers, showed 27% reported they laid off employees during the pandemic; 35% reduced hours; and 45% said they closed programs.

Worker shortages have long been an obstacle to accessing behavioral health services, which experts attribute in large part to problems with how providers are paid. Last fall the federal government estimated that more than one-third of Americans live in an area without enough providers available.

Provider groups interviewed by GAO investigators acknowledged staff shortages and some delays in getting patients into treatment. They noted that the pandemic forced them to cut outpatient services and limit inpatient options. They also told the researchers that payment issues are a significant problem that predated the pandemic. In particular, the GAO said, most groups cited problems getting reimbursed by Medicaid more often than any other payer.

Sen. Ron Wyden (D-Ore.), who chairs the Senate Finance Committee, requested the report from GAO after hearing complaints that constituents’ insurance claims for behavioral health care were being denied.

In an interview, Wyden said he plans to embark on a “long-running project” as chairman to make care “easier to find, more affordable, with fewer people falling between the cracks.”

Spurred by how the pandemic has intensified the system’s existing problems, Wyden identified four “essential” targets for lawmakers: denied claims and other billing issues; the workforce shortage; racial inequality; and the effectiveness of existing federal law requiring coverage parity.

For Wyden, the issue is personal: The senator’s late brother had schizophrenia. “Part of this is making sure that vulnerable Americans know that somebody is on their side,” he said.

State and federal officials rely heavily on people’s complaints about delayed or denied insurance claims to alert them to potential violations of federal law. The report cited state officials who said they “routinely” uncover violations, yet they lack the data to understand how widespread the problems may be.

Congress passed legislation in December that requires that health plans provide government officials with internal analyses of their coverage for mental and physical health services upon request.

Part of the problem is that people often do not complain when their insurer refuses to pay for treatment, said Volk, who has been working with state officials on the issue. She advised that anyone who is denied a claim for behavioral care should appeal it to their insurer and report it to their state’s insurance or labor department.

Another obstacle: Shame and fear are often associated with being treated for a mental health disorder, as well as a belief among some patients that inequitable treatment is just the way the system works. “Something goes wrong, and they just expect that’s the way it’s supposed to be,” Volk said.

The GAO report noted other ways the pandemic limited access to care, including how public health guidelines encouraging physical distancing had forced some treatment facilities to cut the number of beds available.

On a positive note, the GAO also reported widespread approval for telehealth among stakeholders like state officials, providers and insurers, who told government investigators that the increased payments and use of virtual appointments had made it easier for patients to access care.

Join The Good Men Project as a Premium Member today.

All Premium Members get to view The Good Men Project with NO ADS.

Log in if you wish to renew an existing subscription.

By completing this registration form, you are also agreeing to our Terms of Service which can be found here.

Need more info? A complete list of benefits is here.